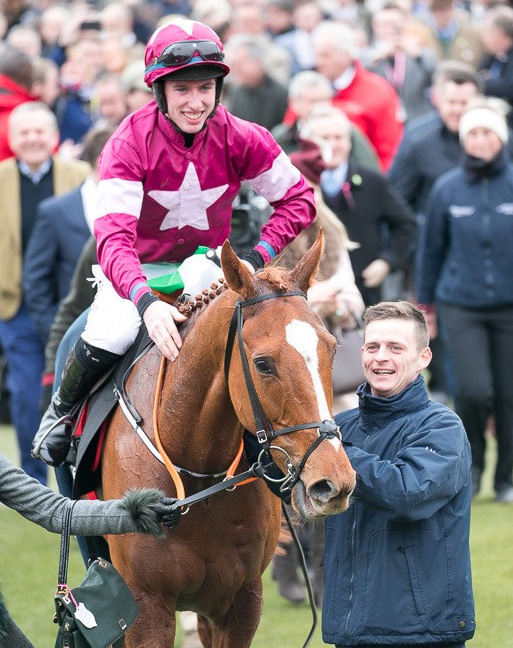 With racing still going on behind closed doors over in Ireland there is afternoon action over the jumps at Clonmel.

We take a quick-fire look at the 7-race card, giving you some key stats and trends.

The Gordon Elliott yard won this race in 2017 and boast a decent 18% record with their hurdlers at the track so their Coolagh Park, who was a solid second at Gowan Park has to be one for the shortlist. Rebel Gold and Farmix are others to note, that have decent recent runs under their belts. However, the Henry De Bromhead team boasts a decent 18% record with their hurdlers here too so their runners – She Tops The Lot and FLORRIE WEBB (e/w). Of the two, the Rachael Blackmore-ridden Florrie Webb, who was third last time out at Cork. That came back in July 19, but with only two runs should have a lot more to come. The winner and second have since franked the form with the winner – Turnpike Trip – running Envoi Allen to 8 lengths at Fairyhouse back in December.

Doesn’t look the best of races on paper. The Elliott yard run Immortality but hasn’t exactly set the world alight in recent races. Big Debates and Elusive Star are others to consider, but with the expected improvement – DON MAGNIFICA (e/w) – can go well after his fourth at Wexford last time out – this 5 year-old looks likely to have more in the locker. He’s only had 4 career runs (1 hurdles) and should improve further over this 2m3f trip. Danny Mullins gets the ride.

Another very average contest. Course winners, De Bennette, Dundeedy Lad and Quarry Lil have to enter the mix based on their proven course form, while Balkos and Mattie’s Mountain have good recent runs under their belts to suggest they can go well. But the call is SHANTOU SISU, who was only touched-off by a short-head here earlier this month. He’s 3lbs higher here but after running well to be fourth the time before is showing some consistency now to suggest a similar run from last time should see him run well.

The Elliott runner – Empire Burleque – has to be respected with the yard having a decent 25% record with their chasers at the track. The 11 year-old Bitsandpieces and Chesterville both have consistent looks to their recent form and can get involved too. However, the nod goes to CLASSIC CONCORDE (e/w), who was a very close second last time out at Down Royal. This 7 year-old was beaten just ½ a length in a 20-runner affair that day but was sent off favourite and the top two pulled 6 ½ lengths clear of the third that day to suggest the form is fair.

Not a bad little race. Discordantly is the only last time out winner in the field after winning well at Gowran Park earlier this month – but this looks harder and has a bit to find on the ratings. Mortal has the form to go well too for the Joseph O’Brien yard, while the Gordon Elliott runner – Death Duty  – can’t be ruled out after running 10th (of 23) in the Plate race at the Cheltenham Festival a few weeks ago, behind Simply The Betts. But the Mullins yard have won the last two renewals so it’s interesting they’ve got two in the race – BACHASSON & Bonbon Au Miel. The last-named has a bit to prove after falling and being pulled-up the last twice, but BACHASSON looks their main player with Paul Townend riding. He was last seen running 6th in the Coral Cup – beaten only 7 ¼ lengths and the return to fences won’t be an issue having won 3 of his 6 runs over the bigger obstacles. He also gets a handy 6lbs from Mortal and Discordantly.

Another Gordon Elliott runner with a leading chance here – Robin Deuz Pois. This 8 year-old won well at Newcastle in March but is up 8lbs here. The Trigger ran well just 2 days ago at Downpatrick and if that race hasn’t taken it’s toll has to be considered too. Dubai Devils, Anseanachai Cliste and CD winner Misty Adage should go well, plus we’ve also got Highest Benefit in the race, who won this prize 12 months ago. But he’s rated 21lbs higher this time, so more is needed. So, it might be worth taking a chance on the W J Lanigan runner – WEST IS BEST (e/w). This 7 year-old returned from just over 2 months off to run a solid third here at the start of the month and if building on that should go close. He’s only 2lbs higher this time and can be expected to have come on a lot for that last outing. Trip, track and ground are all fine.

Any money for the Willie Mullin runner – Captain Kangaroo – should be noted – especially as the yard have a 47% record with their NH Flat runners here. The yard also won this race in 2018, but this 5 year-old is having his first run on the track so a lot has to be taken on trust. Eye Van and Yousayitbest are others with fair form in the book, but it’s hard to get away from the Gordon Elliott runner – FRONTAL ASSAULT – here. This Gordon Elliott runner was only 6 lengths behind the Champion Bumper winner – Ferny Hollow – at Fairyhouse last month and that form has, of course, been given a big shot in the arm. Jamie Codd rides and with the Elliott yard having won this race 12 months ago it’s clearly a contest they have on their radar each season – if running to that same level then he should be hard to beat.