Posted on April 4, 2020 by Andy Newton in Featured, From this month’s Racing Ahead magazine, News, Site Exclusive, This Week's Racing Paper, Tips | 0 Comments 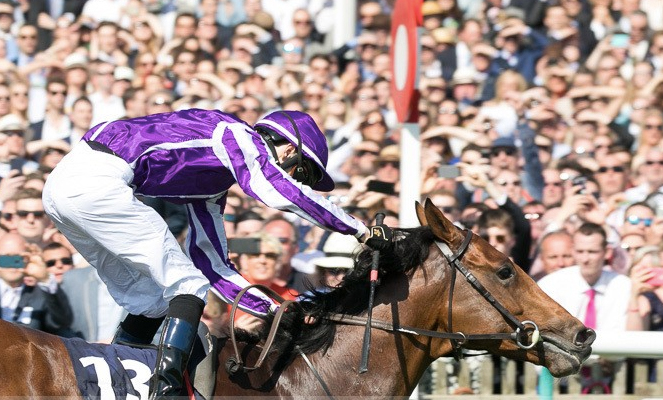 The Qipco-sponsored 2,000 Guineas is a race run over 1m and is the first of the five English Classics to be run each season – with the 1,000 Guineas run the following day. Both races are staged at Newmarket racecourse, and for 3 year-olds only, the race is also seen as an early-season guide to that year’s Epsom Derby – the last horses to land both races in the same season were Sea The Stars (2009) and Camelot (2012).

Here at Racing Ahead we take a look back at past winners and highlights the key trends and stats ahead of the 2020 renewal – – this year, with the rescheduled fixture list – the English 2000 Guineas is set to be run on Saturday June 6th.

RACING AHEAD VERDICT: Godolphin last had the winner of the 2000 Guineas back in 2013 (Dawn Approach) and have had three winners in this Group One Classic three times in total. However, that could easily be added to here with the very useful PINATUBO looking all the rage. This 3 year-old heads into the race 6-from-6 and rounded-off last season with an easy win in the G1 Dewhurst Stakes at here at Newmarket. The step up from 7f to 1m looks fine and that track experience is another big plus. Those looking to take him on might look to the trip but he’s got plenty of stamina in his breeding to suggest this distance is fine and the way he’s been winning over 7f indicates the extra furlong is within range. He also had Arizona, who looks to be one of his main rivals here, 2 lengths back last time out in the Dewhurst so should have the beating of this Aidan O’Brien runner again. Kameko was a nice winner of the Racing Post Trophy at Newcastle last November and looks a stronger challenger to the pick in my book. This Andrew Balding runner is already proven over this 1m trip and could have a very exciting season ahead. He is, however, still rated 10lbs inferior to Pinatubo so does have a bit of ground to make up. Of the rest, Godolphin also run Al Suhail and Military March, while Frankie is an interesting booking for another Aidan O’Brien runner – Wichita. But, of those at bigger prices, the Richard Hannon runner – MUMS TIPPLE (e/w), might be worth having a small interest in. The yard are no strangers to popping up with big-priced winners in both the English Guineas and despite running poorly last time out, he had an excuse – he was found to lame after the race. Prior to that, he’d won very well twice and even though the step up to 6f to 1m is an unknown, there is some hope based on breeding. He’s a horse that likes to get on with things, so if allowed get an easy lead on this quicker ground might just get a few of these at it – it’s just whether he can maintain that sort of gallop of this longer 1 mile trip…… we’ll see.

GET THE BEST DAILY TRAINER INFO FROM 19 TOP STABLES – Sent direct to your in-box!