Posted on November 21, 2020 by Andy Newton in Featured, From this month’s Racing Ahead magazine, News, Tips | 0 Comments 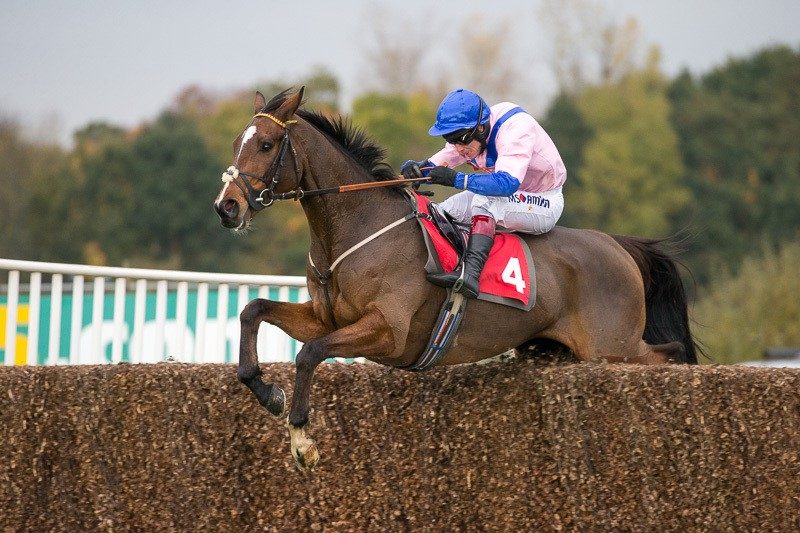 Run at Newbury racecourse over 3m 2 1/2f the Ladbrokes Trophy Chase is handicap race this gives National Hunt fans the chance to see some of the best longer distance chasers pit their wits against horses of varied abilities.

We look back at recent winners and gives you the main stats to look out for ahead of the 2020 renewal – this year run on Saturday 28th November.

Like – Did you know that 16 of the last 18 Ladbrokes Trophy Chase winners were aged 8 or younger?

RACING AHEAD VERDICT: Maybe not the best renewal of this race – which might still be referred to as ‘The Hennessy’ by many hardened racing fans – but we’ve still got a very competitive contest to get stuck into and some nice trends should help. With 16 of the last 18 winners aged 8 or younger then of the 18 runners this might be a negative for Black Op, Beware The Bear, Le Bague Au Roi, Regal Encore and Ballyoptic – with 6 and 7 year-old having the best recent record, winning 12 of the last 18. With 13 of the last 18 winners carrying 10-13 or more in weight then this is a plus for the top 10 numbered in the race and with the same amount having finished in the first three in their last race then of the 18 runners this is a positive for nine – Cloth Cap, Potterman, The Conditional, Two For Gold, Aye Right, Regal Encore, Kildisart, Secret Investor and Vinndication. It’s no shock the powerful Henderson, Tizzard and Nicholls yards have dominated this race in recent years too, so their runners must be respected too. Henderson has Beware The Bear, Tizzard runs Copperhead, while Nicholls has Danny Whizzbang and Secret Investor. Having run Cyrname to 7 lengths at Wetherby in the Charlie Hall Chase last time out, then Aye Right is a player too and you feel that if this Harriet Graham runner was trained by one of the ‘big three’ he’d probably be the clear favourite. He can go well, but the longer trip is a bit of an unknown and with just 5 career runs over fences just lacks a bit of experience for me. Ballyoptic and Vinndication are the two top-rated in the field and of the pair the Kim Bailey runner – Vinndication – is sure to be popular. This improving staying chaser was a fantastic runner-up to Cyrname in the Charlie Hall Chase last time – beaten only 2 lengths – and that form makes him the one to beat and the Bailey yard are in great shape still. He was beaten into fourth in the Ultima Chase at the Festival by another runner here – The Conditional – but was giving that horse a massive 20lbs that day so on better terms here (6lbs) there shouldn’t be a lot between them again. I think Cloth Cap can run well off a very light weight (10st), while Potterman was chinned on the line in the Badger Beers Chase last time and off just 10-6 here should be dangerous too – they both look good e/w value. But a horse that beat him prior to that run was SECRET INVESTOR (e/w) and I think this Paul Nicholls runner can run a big race. That return win came off the back of a wind op too and let’s not forget he was an excellent runner-up in the Denman Chase here at Newbury back in February. From nine Chase starts he’s been in the top two seven times (3 wins) and the way he won last time out suggests the 6lb rise in the handicap looks fair enough. Of the rest, the Tizzard runner – COPPERHEAD – can go well too. Yes, he was pulled up last time at Wetherby but that came over hurdles and looked more of a prep outing for this. He’s also a horse that tended to need a run or two in the past and that has also been applying to a lot of the Tizzard runners in general this season too. He’s a proven CD winner at the track, plus the ground will be fine having won on good and soft in the past, while jockey Robbie Power, who has won on him before, is back in the saddle.

Twelve months ago, the Emma Lavelle-trained De Rasher Counter gave jockey Ben Jones is biggest winner to-date – he became the fourth 7 year-old to win the race in the last ten years and could be back for more in 2020.

It’s also a race the powerful Colin Tizzard and Nicky Henderson yards have done well in recently – they’ve landed the prize twice each in the last eight years.

The good news is that there are many other key trends to take into the race – let’s take a look.

Past Wins – The key trend to note here is that 16 of the last 18 winners had won between 2 and 5 times over fences before. This suggests we are looking for horses with a certain degree of experience but are not fully exposed to the handicapper. This was again backed up in 2019 with De Rasher Counter having won just twice over fences before heading to Newbury.

Betting Guide and Market Leaders – Considering we normally get a big field, the favourites don’t do too badly. In the last 18 runnings, we’ve seen 6 winning market leaders (33%), but it’s worth pointing out we’ve also had 10 unplaced jollies in that same period. This indicates the favourites tend to win or bomb-out totally!

Weight – Being a handicap race, then weight carried, and a horses current rating are certainly worth taking into account. 12 of the last 18 winners were officially rated between 140 and 151 – another tick for last year’s winner, who was rated 149 at the time. With 13 of the last 18 winners (72%) carrying 10st 13lbs or more in weight then around this point looks to be the best weight cut-off point.

Course Form – Newbury is classed as one of the more premier tracks and even though its fences take some jumping it’s a fairly flat course. But having experience of the Berkshire venue seems to have helped past winners as 13 of the last 18 winners of this race had run at Newbury in the past, with 9 of those winning there over fences too! Looking back to the 2019, this was again another big plus for the winner, as he’d won a Novice Handicap Chase at Newbury the season before.

Top Trainers – Since 2016, the Colin Tizzard yard have won this race twice, while the powerful Nicky Henderson team have two wins in the last eight runnings and three victories in total. With Willie Mullins sending over Total Recall to win in 2017 and Paul Nicholls, who actually rode the winner of this race in 1986 and 1987, having three Ladbrokes Trophy Chases to his name – then the cream often rises to the top with regards to the trainers. Other notably stables that have taken the race in recent times are Alan King, David Pipe and Oliver Sherwood, while Emma Lavelle was responsible for last year’s winner. Anything any of these mentioned handlers should be respected.

At the time of writing it’s obviously hard to call who’ll be heading to the race, but names like Topofthegame (Paul Nicholls), Champ (Henderson) and Copperhead (Tizzard) are possible from some of the big yards mentioned, while if the 2019 winner – De Rasher Counter – turns up again he’ll be looking to become the first back-to-back winner of the race since the mighty Arkle did the double in 1964 and 65!

**TRAINERS-QUOTES.COM**
GET TOP STABLE INFO FROM 18 LEADING YARDS
DELIVERED TO YOUR IN-BOX DAILY
INFO THE BOOKIES HATE & INFO THAT COMES DIRECT FROM
THE TRAINERS THEMSELVES! JOIN TODAY