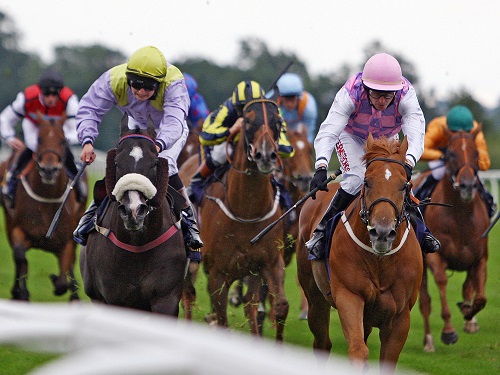 Run over 2m2f on the Newmarket Rowley Mile course the Cesarewitch Handicap is one of the most popular betting races of the season. Along with the Cambridgeshire Handicap, that is run 2-3 weeks earlier, the two races are generally known as the Autumn Double and both contests are always ultra-competitive. They are two of the top events in horse racing.

We take a look at the best stats ahead of the 2019 renewal that will hopefully allow you to whittle down the big field – this year run on Saturday 12th October. Did you know 13 of the last 17 winners returned a double-figure price in the betting, while we’ve seen just three winning favourites since 1993?

Run over 2m2f, the Cesarewitch is one of the big flat handicap betting races of the year and with 20+ runners it’s a contest the bookies love.

Last year we saw the Willie Mullins yard dominate the race as their Low Sun and Uradel recorded a one-two for the powerful Irish yard and they are sure to be back for more this year.

The race was first run back in 1839 so there is a lot of past trends, including some crackers that have built-up in more recent times. Let’s take a look at the last seventeen renewals and see what patterns standout.

Betting Guide – With 20+ runners, then it’s no shock that this has been a dream race for the bookies over the years. This is further backed-up with just two winning favourites since 1993, while only 8 of the last 17 market leaders were placed (47%) – the average winning SP in the last 17 years is 18/1. We’ve had 13 of the last 17 winners return at a double-figure price too. Plus, with two 66/1 and 50/1 winners in the last 10 renewals then also don’t be afraid to look deep down the betting market.

Weight Watchers – The weight carried in this handicap has been another key trend to look for. A massive 14 of the last 17 winners carried 9-2 or less. That’s an 82% return, so this alone will be able to put a line through a lot of the runners.

In Form – I’ve already mentioned having had a recent run is something to look for, but also having a ‘good’ recent outing has been key. 11 of the last 17 winners of this race were placed in the top four in their last race, plus looks for form over at least 2m on the flat – again, 11 of the last 17 winners had won over at least 2m (flat) previously.

Draw Advantage – Punters might also think that with the race being run over a trip of 2m2f then the draw isn’t a big deal – wrong! Having a good starting position can set horses up nicely and this is backed-up with 10 of the last 17 winners being drawn 13 or lower. This suggests having a good early position, and also saving ground and energy, is another huge advantage over this gruelling distance. Also, it’s worth noting horses from stall 1 – we’ve seen three of the last 17 (18%) landing the gold medal.

Trainer/Jockey Stats – With the race being run over 2m2f then it’s no shock to see trainers that are more famed for their jumpers targeting the race. The powerful Willie Mullins yard landed the spoils last term, while the likes of Alan King, Nicky Henderson and Philip Hobbs are other NH yards that have been successful in this race recently.

Jockey Silvestre De Sousa is the main man in the plate in recent years – the pocket Brazilian has won three of the last six runnings, so anything he gets booked to ride should be noted.

31 runners here for another ultra-competitive running of the Cesarewitch Handicap, but at least we’ve some decent trends to take into account. With 16 of the last 17 winners aged 4 or older then the 3 year-olds in the race – Land Of Oz, Rochester House, Ranch Hand Summer Moon and Themaxwecan all have this against them. Of that bunch the Prescott runner – Land Of Oz – could be the handicap blot in the race with only 8-1 to carry and he’s now won 5 of his last 6 races, including the Cesarewitch Trial for this race here back in September. He’s rated just 4lbs higher here and with winning form on all ground types then he’ll be a dangerous horse to rule out – those looking to take him on will have 30 other runners on their side this time though (only beat 7 last time), while draw 30 might not be ideal with 10 of the last 17 winners coming from stalls 13 or lower. Prescott also runs TIMOSHENKO (e/w) though and this 4 year-old returned from a long break to beat Seinesational by a neck at Goodwood last time out. He’s 5lbs higher for that but has now won all his last 6 races and is another typical Prescott handicap improver that would have had this race as a target for a while. He’s been freshened-up with around 8-9 weeks off again, but is clearly a horse that likes to run fresh, while draw 12 looks a good starting berth. The powerful Willie Mullins yard won this race last year and run Stratum, Buildmeupbuttercup and GREAT WHITE SHARK (e/w). All three are respected, and with Frankie, who last won this race in 2011, riding Buildmeupbuttercup, this 5 year-old is sure to be popular. But he’s been well-supported all week and the value looks to have gone now – he’s way too short for a race with 31 runners in for me. However, their Great White Shark could be the better value. This 5 year-old has been running well over hurdles of late but won the last time she races on the flat (Galway, July) and William Buick catches the eye in the saddle. This 5 year-old gets in here with just 8-9 to carry in weight and draw 10 looks likely to give him options. Of the rest, the likes of Ranch Hand has been popular in the betting, but at the age of just 3 might be vulnerable so the Alan King runner – WHO DARES WINS (e/w) – who often goes well in these big-field staying handicaps might be worth an interest too. He was 4th in the Marsh Cup back in July but was a cracking 4th in the G1 Prix Du Cadran at Longchamp last Saturday and as long as that race hasn’t taken too much out of him would have a say on that form. The useful Angus Villiers has also been booked to ride and he claims a handy 7lbs from the saddle to bring his top-weight of 9-10 down.