Doyle ‘blown away’ by latest award 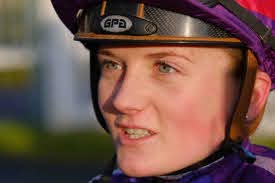 Jockey Hollie Doyle says she feels ‘blown away’ to have been named the Sunday Times Sportswoman of the Year for 2020.

This latest accolade caps what has already been a superb 12 months for Doyle, as she has broken her own record for most wins by a female jockey in a calendar year, as well as picking up her first top-level success aboard Glen Shiel in the British Champions Sprint at Ascot last month.

The 24-year-old also rode her first winner at Royal Ascot earlier in the year, but she admits her latest honour, which sees her become the first jockey to be named Sportswoman of the Year, is particularly special as she is following in the footsteps of greats such as Dame Jessica Ennis-Hill and Dame Kelly Holmes.

“I’m blown away to have won the Sunday Times Sportswoman of the Year award,” Doyle was quoted as saying by the Racing Post.

“It’s been an unusual year in so many ways and I feel very grateful to have been able to do what I love day in, day out.

“Seeing my name compared to the previous winners of the award like Dame Jessica Ennis-Hill and Dame Kelly Holmes is pretty crazy and humbling.”

Doyle, who has ridden 135 winners so far in 2020, has also received praise from BHA Chief executive Nick Rust, who believes there is still a lot more to come from the British rider.

“This is wonderful news for Hollie and for British racing. We are all so proud of her and grateful for everything she is doing on behalf of the sport,” Rust confirmed.

“Hollie is a phenomenal horsewoman, a true professional and a terrific role model. The frightening thing about her is that she is only just getting started.”