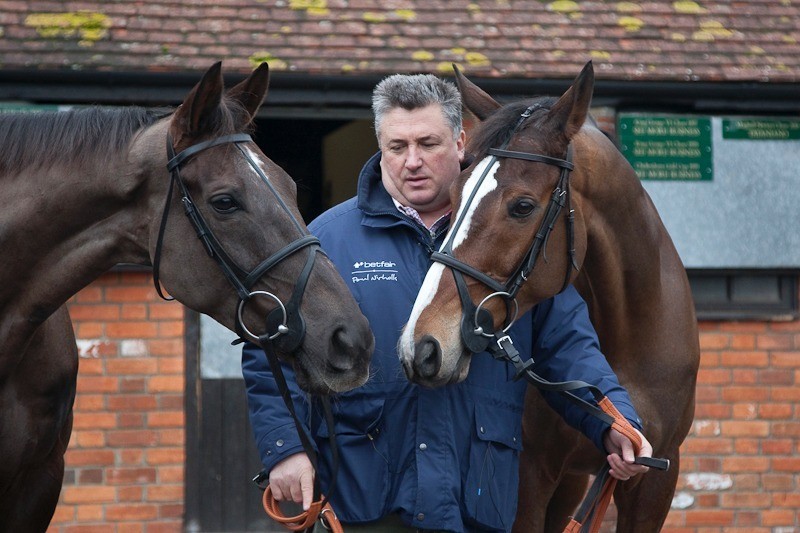 Paul Nicholls is hopeful he’s picked up a future National Hunt star in Real Steel ahead of his debut for the Ditcheat handler at Ascot.

The seven-year-old had previously run under the watch of Willie Mullins but made the move to Nicholls’ yard during the summer off the back of a string of encouraging performances last season.

The Loup Breton offspring won twice at Thurles and Down Royal in 2019 before putting in a brave performance when finishing sixth in the Cheltenham Gold Cup on his last outing.

Real Steel returns to the track on Saturday in the Chanelle Pharma 1965 Chase, a race Nicholls has won the last two years with Politologue in 2018 and Cyrname 12 months ago.

Real Steel will battle just three rivals for the Grade 2 prize and Nicholls is excited to see whether his new acquisition can fulfil his recent promise as he weighs up running him in the King George at Kempton next month.

“While I am still learning about Real Steal I do think he could be a really interesting recruit after joining us this season from Willie Mullins,” said Nicholls.

“I thought he ran a cracker in the Cheltenham Gold Cup as he was bang there at the last fence before weakening up the hill.

“Though I haven’t been hard on him he is fit and I’ve given him an entry in the King George.

“This trip should be ideal for Real Steel who is better going right-handed according to Ruby Walsh. I can’t wait to see how he gets on.”