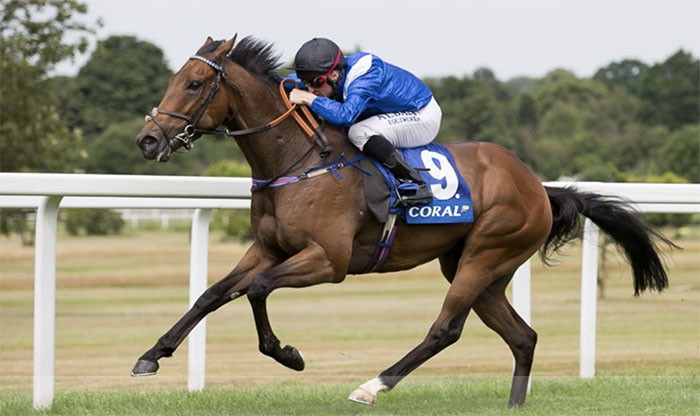 Battaash smashed his own course record to pick up a historic fourth consecutive victory in Friday’s King George Qatar Stakes.

The hugely impressive six-year-old crossed the finish line in a time of 55.62 seconds, beating his previous record of 56.02 which he set when winning in 2019.

Battaash kicked on around halfway through the five-furlong contest and it very quickly became a race against the clock as he pulled clear of the field.

It’s a welcome return to the winners circle for trainer Charlie Hills after Battaash finished in a disappointing 14th at Longchamp last time out.

Reacting to the win, Hills said, as quoted by Sporting Life: “He’s so talented. So very proud of him. Just to be involved with a horse like him means everything. He’s not the biggest but he’s just so fast.

“Further Flight [trained by father Barry] is the only horse to win a pattern race five years in a row so hopefully we can come back here next year and match that; for a six-year-old he’s relatively lightly raced.

“We’re just looking forward to the Nunthorpe know and then the Abbaye probably but it’s a strange year, no one knows what the future really holds.”