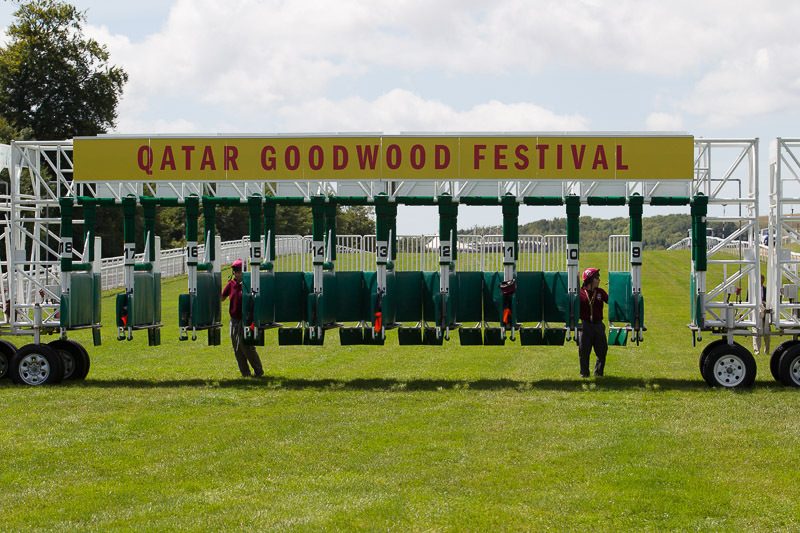 Day 4 of Glorious Goodwood and the ground is likely to be riding on the fast side of good with no rain forecast to hit the track for the rest of the meeting.

In the first of the feature races I believe the combination of fast ground and a draw in stall one might prevent the short priced favourite One Master from landing the Oak Tree Stakes although she is clear on the official ratings.

I was disappointed with the ride the mare was given in the Falmouth Stakes by Pierre-Charles Boudot last time although she was inconvenienced by the slow early gallop and was a never nearer fourth beaten just a length. This is a much easier assignment than that Group 1 contest and she had a dreadful draw in this corresponding race two years ago when fourth behind stablemate Pretty Baby. She has run well but never won on fast ground in the past and she is reluctantly overlooked.

The each way alternative is Invitational (1.45) who failed to get home over a mile in the Duke Of Cambridge Stakes last time, but travelled very well on the lead until her stamina gave way. Roger Varian’s filly looks sure to be well served by the drop back to 7f and she has a good draw in stall three. The selection is 14/1 with Unibet.

The Britannia Stakes winner Khaloosy looked a potential Group race performer when scoring at the Royal meeting and he is odds on (4/5 top price) to make it three out of four in the Group 3 Thoroughbred Stakes. As with One Master he is clear on official figures, but he has never encountered fast ground on turf and I was impressed with the win of My Oberon (2.15) at York – albeit in a modest Novice event – when he looked a colt of considerable potential himself.

The selection was backed as if defeat was out of the question on the Knavesmire and at 10/3 he gets the vote in a terrific race involving three unexposed colts representing top yards with Tilsit breaking his maiden tag by no fewer than 19L at Newcastle on just his second start for Charlie Hills.

The Unibet sponsored mile handicap is one of the big betting races of the week and I remember backing Monthatham in a Musselburgh handicap last year thinking he was a certainty from a mark of 88. He was well beaten on that occasion but has been a revelation so far this term winning two his three starts and finishing runner up in the Hunt Cup at Royal Ascot on his penultimate start. He has a poor draw to overcome in stall 15 of 15, however, and he is reluctantly overlooked.

The each way vote goes to the hat-trick seeking Prompting (2.45) who is drawn in stall two and carries just a 3lbs penalty for winning at York over 7f last weekend. David O’Meara’s four-year-old is 6lbs well in given the handicapper has seen fit to raise him 9lbs for that success but, if in the same mood as he was on the Knavesmire on Saturday, he must run a big race carrying just 8st 4lbs. The selection has yet to win over a mile, but he was only beaten a neck over a mile at Kempton back in February and has improved for the switch to his current yard.

Battash must give 12lbs to the three-year-old filly Liberty Beach as he bids to repeat the feat of Stradivarius earlier in the week by winning the same race for the fourth year running. Battash looked better than ever when landing the King’s Stand Stakes at Royal Ascot and he has monopolised today’s King George Stakes in recent years.

Over at Pontefract and Sudona will appreciate the return to her optimum trip of 10f but she may struggle to give 9lbs to Highwaygrey (2.25) who was an impressive winner over C&D last week and a 5lbs penalty may not stop him following up for Tim Easterby who has his string in such good form at present. The selection has won two of his three career starts so far this season both over today’s C&D and I think he can maintain his upward curve although he wouldn’t want too much of Thursday’s forecast rain to hit the west Yorkshire track.

Pleasure Garden (3.55) carries a 6lbs penalty for landing his hat-trick at Chepstow last week but he looked well ahead of the handicapper on that occasion and is another Sir Mark Prescott handicapper three-year-old who began life in handicaps from a very attractive mark. One note of caution the horse who finished runner up to him in south Wales occupied the same spot at Wolverhampton last weekend.