Posted on April 5, 2020 by Andy Newton in Featured, From this month’s Racing Ahead magazine, News, Site Exclusive, This Week's Racing Paper, Tips | 0 Comments 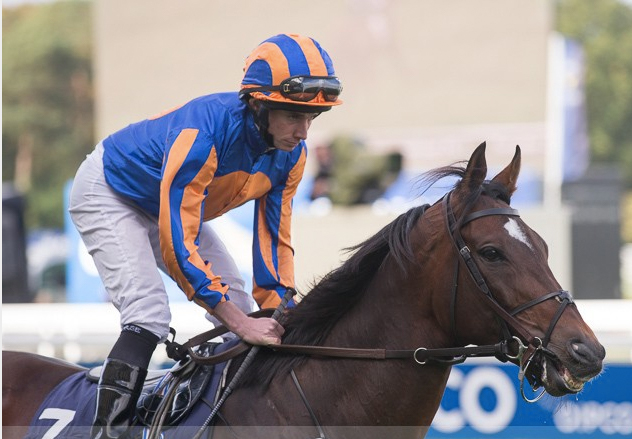 First run back in 1814, the 1,000 Guineas is a Group One flat race run over 1m just for 3 year-old fillies. The contest is one of the five English Classics and staged at Newmarket racecourse in late April or early May each year.

It’s the second of the five English Classics with the 2,000 Guineas run the day before being the first, while winners of this race often go onto run well in that year’s Epsom Oaks the following month – the last horses to land both races in the same season was Kazzia in 2002 and Minding in 2016.

We look back at recent winners and gives you the key stats & trends to take into the 2020 renewal – the English 2000 Guineas is set to be run on Sunday June 7th.

Having trained five winners in this fillies Classic, then trainer Aidan O’Brien always has to be feared. He’s got just the one entry this year – Love – but she looks to hold every chance on what she’s shown to date. Last seen running third to another of the main fancies – Quadrilateral – in the G1 Fillies’ Mile over this course and distance back in October. He’s got 1 ¾ lengths to find with that horse though so would have had to have found some improvement over the last 8 months. Millisle is another to consider, from the Jessie Harrington yard. This 3 year-old is yet to finish out of the first two from 5 runs, but the big question mark is the step up from 6f to 1m. Breeding might suggest it will be touch and go as to whether she gets the extra yardage. She also beat another runner here – RAFFLE PRIZE (e/w) – here in the Cheveley Park Stakes last September, but I feel this Mark Johnston runner might be able to overturn that form. The Johnston yard have started back from the break in cracking form so this 3 year-old is sure to be fully wound up for this. Yes, he’s another that needs to prove she will get this mile, with all recent runs at 6f. However, breeding suggests she’s got a leading chance of seeing out the longer trip, especially now she’ll be a much stronger horse with just over 8 months since her last outing. Others to consider are Cloak Of Spirits, plus Frankie and Gosden team-up with Shimmering. While the only Godolphin runner in the race is Summer Romance. Having said all this, it’s still hard to knock the form of QUADRILATERAL. This Frankel filly is still unbeaten (3-from-3) and is one of the few runners to have proven she stays this 1m trip. She’s also won here on the track over this distance and won’t mind the quicker ground. She can be expected to have improved again over the winter months and looks a very exciting prospect to further enhance the tall reputation her father – Frankel – already has.

GET THE BEST DAILY TRAINER INFO FROM 19 TOP STABLES – Sent direct to your in-box!