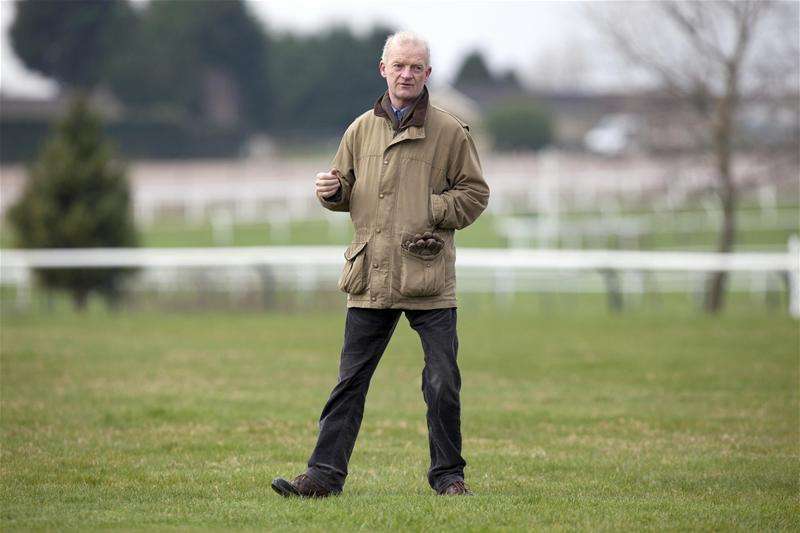 Willie Mullins says Laurina may not race again before bidding for Champion Hurdle glory at the Cheltenham Festival.

Laurina has won all five races since Mullins became her trainer and claimed a 48-length victory over Sensulano, her only opponent, at Sandown on Saturday.

Mullins hasn’t ruled out another run-out for the six-year-old before the Festival in March but he says he would be happy to send Laurina straight to Prestbury Park.

“Cheltenham is the plan and we?ll see if we get another race in between,” he told the Guardian.

“We would have liked more competition, but winning races is what racing is about. We could possibly get another run and more practice into her but I?m happy. She?s a natural jumper and a good jumper and getting to Cheltenham sound is my priority now.”

There are lots of Cheltenham betting offers now available with the bookmakers as the Festival grows ever closer.

Ruby Walsh partnered Laurina for the first time at Sandown and the jockey believes Mullins’ charge has the potential to be a real star.

“She galloped along a bit fresh probably and she was entitled to be [fresh] but I couldn?t slow her down,” he said. “I realised a long way out that Barry [Geraghty, on Sensulano] was struggling but the more I tried to slow her down, the keener she was to go faster.

“How far she can go, you?ll never know until she?s beaten. If what seems to be there is there, she could be very good but we won?t know until I give her a kick in the belly. You never know but she leaves the impression that there?s a hell of a lot of horse under there.”

Laurina is rated as the second favourite by the bookmakers ahead of the Festival behind Buveur D’Air.