Wednesday’s tips for racing at Yarmouth, Lingfield and Southwell 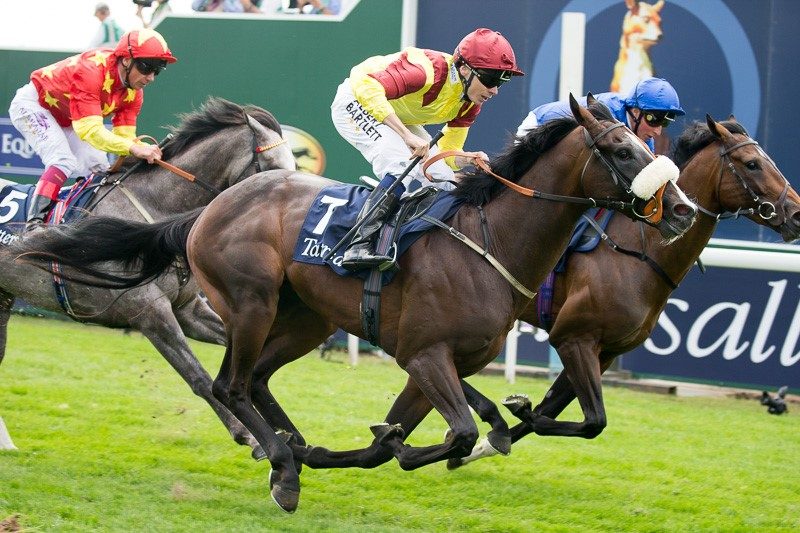 Breakfast with the Stars at Epsom yesterday was a rather sombre event as more and more details emerged of the Manchester Arena terrorist attack but John Gosden’s Cracksman was cut to 7/2 from 9/2 with BetVictor after sparkling in his work.

Excellent midweek action from Sandown tomorrow night with Big Orange the one to beat in the Henry II Stakes but we begin today’s preview at Yarmouth where the feature race is the Mile Handicap for fillies and mares. I think there might be more to come from Blind Faith (3.30) this term and first time out might be the time to catch her given she won on her racecourse debut last season.

The selection is trained in Newmarket by Luca Cumani ,whose string are slowly coming to the boil, and this lightly-raced filly looks sure to appreciate today’s drying ground. Adam Kirby was in the plate when the filly won at Chelmsford on debut and is back in the saddle this evening – after just five career starts she is open to significant improvement.

The market is likely to be headed by David O’Meara’s In Ken’s Memory who carries a 6lbs penalty for winning a 7f handicap at Bath last week on her first start for the yard. O’Meara has a history of improving animals from other stables and Silvestre De Sousa keeps the ride.

There was significant money for George Scott’s Imperial State at Nottingham last time and it will be interesting to see if connections try to recoup losses today with cheek-pieces applied for the first time. That said he didn’t look to be crying out for a drop back in trip at Colwick Park and preference is for Realize (4.30) who is making his first start for David Simcock.

The selection is better known for his all-weather exploits given he is rated 21lbs on an artificial surface but he has run some good races on turf including when third of 16 at Ascot from a 2lbs higher mark back in September.

The opening 12f maiden at Lingfield (turf) is a cracker with the promising Lethal Impact and Humble Hero (2.10) in opposition with preference for the latter who finished runner up at Haydock on debut. The colt is actually still in the Derby and would have to win this very easily if he were to make any impact in the betting for the colts’ classic on Saturday week.

The drying ground might not be to his benefit but Sir Pass I Am (3.40) was well backed stepped up to 2 miles at Chepstow last week when he shot clear only for his jockey to ease him up considerably. The winning margin of a neck is not a true indicator of his superiority and a 6lbs penalty won’t stop him if he adapts to this quicker surface.

At Southwell this evening (jumps) I am sweet on the chances of Sonneofpresenting (6.20) who was pulled out of a recent engagement on account of the soft ground. No such worries this evening and I hope he can go close in a valuable and competitive handicap chase.

I’m looking forward to the hurdles debut of Irish Roe (7.20) who won her first three starts in bumpers and was only beaten 10 lengths at Aintree in their Grade 2 event at the National meeting last time.

At Kempton the unbeaten Wadigor is sure to have his supporters in the valuable handicap but Mt Khalid (7.40) has only been raised 4lbs for winning cosily at Windsor on his first start for Roger Charlton following a lengthy lay-off. His draw in stall eight (of eight) is a negative but he remains a horse of some potential having won two of three career starts to date.

For all your sporting odds check out BetVictor.com!