Home / News / Preview: the first day of Newmarket’s July meet with the Bahrain Trophy the opener

Preview: the first day of Newmarket’s July meet with the Bahrain Trophy the opener 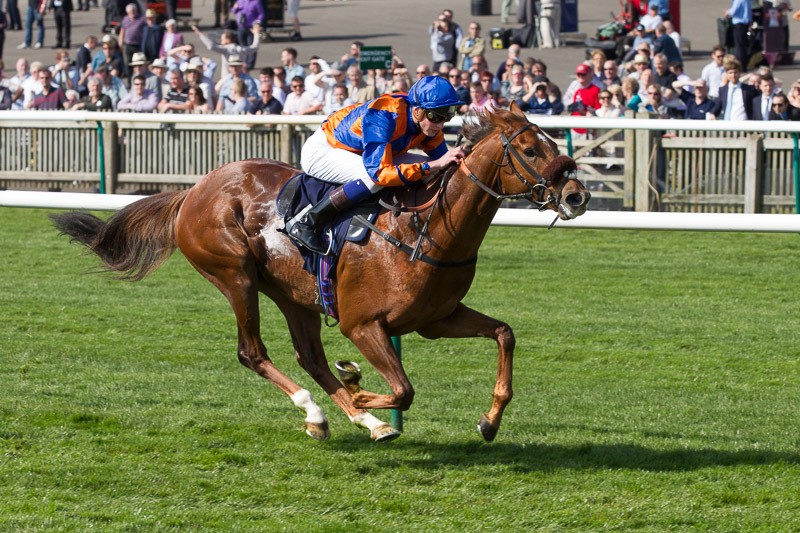 Newmarket’s three-day July meeting begins this afternoon and I think Godolphin’s Steady Pace (2.45) can reverse last month’s Windsor Castle Stakes form with Areen over the additional furlong in the Group 2 July Stakes over six furlongs. The selection went off 4/1 market leader at Royal Ascot and jockey James Doyle suggested in the aftermath of the race that an additional furlong would see him in a better light. He is 4/1 joint favourite at BetVictor and I would be disappointed if he wasn’t in the shake-up.

Sixth Sense (9/1) is dropping back a furlong, having appeared to find 7f taxing his stamina in the Chesham Stakes also at Royal Ascot last time, for Mark Johnston whose string remain in great shape. Ed Walker saddles the once-raced Experto Crede who cost 290,000gns at a breeze-up earlier in the year and impressed when scoring over C&D last month on debut.

I’m looking forward to seeing the unbeaten Mahsoob (3.15) step up to 12 furlongs for the first time for John Gosden. The colt (2/1 at BetVictor) looked to be crying out for the extra distance when winning the Wolferton Handicap at Royal Ascot last time but this represents his toughest assignment yet in the Group 2 Princess Of Wales’s Stakes.

Connections are considering a tilt at the King George for the 4-year-old if he maintains his unbeaten record although you get the impression trainer John Gosden thinks that might be aiming a bit too high against his own Derby winner Golden Horn who is also believed to be targeting the Ascot mid-summer showpiece.

Sir Michael Stoute is double-handed with Gospel Choir and Hillstar and Ryan Moore partners the former who scrambled home on his reappearance in the listed Fred Archer Stakes last time. Stoute has saddled the winner of this event five times in the last decade but only one market leader has prevailed in that time.

Mark Johnston has saddled the winner of the 10f handicap for the last couple of years and he is taken to land his hat-trick with the progressive filly Mythical City (3.45) who has won her last three including at Chester last time when she was value for more than her neck success. I remain a massive fan of Dissolution, despite a modest effort at Royal Ascot last time, but am surprised to see the colt drop back to 10f having finished a never nearer eighth over 12f last time.  The selection is 8/1 at BetVictor and she can maintain her upward curve.

Mr Singh is a short-priced favourite (Evens at BetVictor) for the opening Bahrain Trophy but I’m not convinced that the form amounts to much and am keen to take him on. Gosden has saddled the winner three times in the last four years but I am prepared to chance Future Empire (2.10) at a double-figure of 10/1. Trained by Saeed Bin Suroor the colt finished third in the Queen’s Vase over two miles last time and I presume jockey James Doyle will race him prominently dropping back in distance.

This is very much a retrieval mission for Estidhkaar (5.30) in the listed Sir Henry Cecil Stakes over a mile. The colt hasn’t been seen since disappointing in the Guineas back in the spring but this represents a drop in class for the winner of the Group 2 Champagne Stakes at Doncaster as a juvenile.

At Newbury in the finale this evening Juventas is looking for a quick hat-trick for Mick Channon but this is a better race than her Brighton win earlier in the week and the older Trucanini (9.10) looks well treated on her best form and is taken to make a winning seasonal debut for Chris Wall who, at the time of writing, has saddled two winners from his last three runners.

For all your racing needs check out BetVictor.com