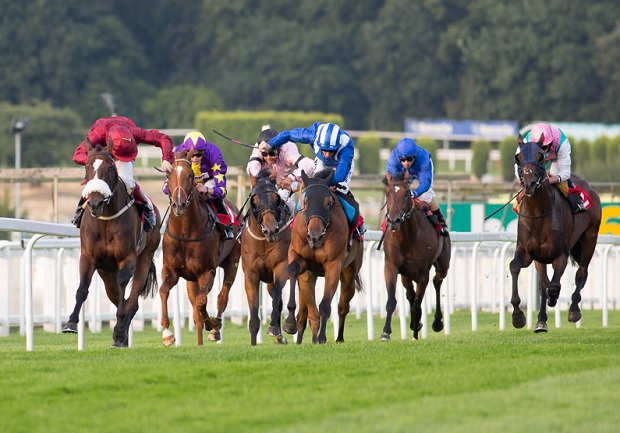 There is significant rain forecast for a number of today’s tracks and the ground is likely to be more testing at Sedgefield than the official description of good given at the time of writing.

Major Ivan (2.40) gives weight away to his eight rivals in the Novices’ Hurdle following his recent course & distance success but he is taken to follow up given he ran out an impressive 15 lengths winner on that occasion. He missed the winter as he came home ill following a run at Ayr back in October and that absence might be a blessing. He wouldn’t want the ground too taxing but ran well on soft ground in a Perth Bumper last spring and is taken to follow up for the inform Malcolm Jefferson yard.

Redpender returns from a four month break for James Moffat and a market mover would be worth noting in the 2m 6f John Wade sponsored Handicap Chase over 2m 6f. The sponsor saddles Roseville Cottage who is looks to have been laid out for the race but Imperial Vic (3.40) despite not being the force of old is undeniably well-handicapped on his best form and gave the impression he was coming back to something like his best when third at Market Rasen last time.

If Our Boy Ben (4.10) can get his jumping together he would be something to bet on in the Novices’ Handicap Chase and the hope is that the drop back to the minimum trip will suit the selection who is another Jefferson inmate.  The selection won a heavy ground novice hurdle at Hexham so rain wouldn’t be an inconvenience and he is 3lbs lower than when appearing to not quite get home over 2m 5f last time.

At Exeter Sternrubin (5.50) has finished runner up in his last four starts but has lost little in defeat in his last two outings and deserves to get his head in front for Philp Hobbs and Richard Johnson who is the 11/8 favourite at BetVictor to be crowned Champion jockey this season following the retirement of AP McCoy.

The Hobbs/Johnson combination can follow up courtesy of Braavos (8.20) in the Bumper. The selection cost connections £85,000 last May and he showed plenty of promise on debut when runner up at Stratford back in March. That experience won’t be lost on him and he can take this before switching his attentions to hurdles.

Morning Reggie (3.30) has jumped very well on his last couple of starts and can take the step up to 3m in his stride at Fakenham for the Grand National winning combination of Oliver Sherwood and Leighton Aspell.

On the level and the mare Puzzle Time is 3lbs higher than when runner up in a hot Ripon heat last time and back against her own sex must go close in a valuable contest at Brighton. Course form is valuable at the Sussex track, however, and Tears Of The Sun (4.20) has left Roger Varian since last year when she scored over 12f here and was not beaten far when runner up at Bath over today’s trip  last month. Her tissue price is 5/1 and I would be disappointed if she didn’t get a place at the least.

For all your racing odds check Out BetVictor.com