See who’s shaping up well ahead of today’s racing 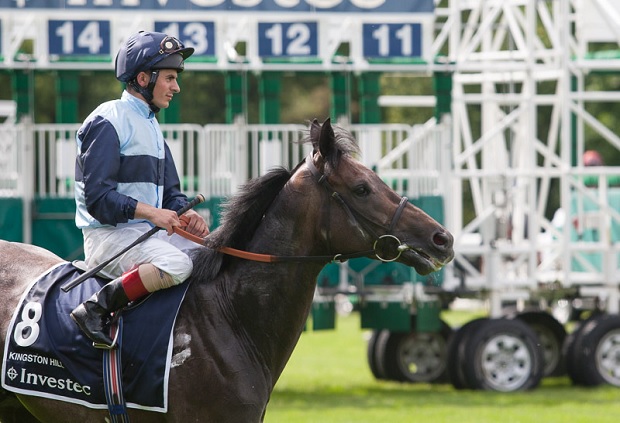 Tom George’s Seven Nation Army (2.50) was no match for Nicky Henderson’s One for the Guv’nr last time out at Ludlow but can get his head in front, albeit belatedly, over timber at Sandown in the 2m Novices’ Hurdle under Paddy Brennan. The selection showed good form in bumpers for David Pipe, beating Harry Fry’s Jollys Cracked It at Fontwell and winning a listed bumper at Ascot thereafter. The form of all three starts over hurdles looks the strongest on offer and he is taken to get the better of Paul Nicholls’ Sirabad in a first-time tongue-tie.

Ballyallia Man (3.25) appears potentially well-handicapped and can complete George a double in the feature Grand Military Gold Cup over an extended three miles. The selection was third last time out over course and distance when bumping into Paul Nicholls ‘handicap good thing’ Cowards Close. Loose Chips finished second that day however Ballyallia Man re-opposes on 1lb better at the weights and gets the nod under Captain Guy Disney.

Nicky Henderson’s Lessons in Milan (4.00) couldn’t have been more impressive last time out at Lingfield beating Martin Keighley’s highly-rated novice Coyaba by 37l and looks potentially chucked-in on his handicap debut under Barry Geraghty. The selection makes his debut handicapping from a mark of 126 however he looks a potential graded-chaser in the making and his fancied to land a nice pot en-route to a career over fences thereafter.

Henderson and Geraghty can double up with Quiet Candid (5.10) in the finale; a Mares Novices’ Hurdle over two and a half miles. It looks a three-horse race with last time out winners Nicky Williams’ Dolores Delightful and Harry Fry’s Desert Queen however the Henderson mare gets the nod after chasing home Three Faces West last time out at Ayr. The Donald McCain-trained 7-y-o has subsequently won since and the well-bred daughter of Beneficial is fancied to return to winning ways, on her first run under the excellent Geraghty.

There’s an all chase card at Leicester where Cash and Go (2.40) can get the better of Jamie Snowden’s Val De Law in the Beginners’ Chase over the minimum trip. The selection is having just his second start for new trainer Venetia Williams after being rated 138, and indeed 145 in his prime, over hurdles when trained at Seven Barrows by Nicky Henderson. The 8-y-o unseated his rider on his chase debut when still with every chance last month at Plumpton but is taken to make it second time lucky under Liam Treadwell.

Venetia’s Upepito will be fancied for the feature handicap chase over an extended two and a half miles however with all his best form over 2m, he must be opposed. Phillip Hobbs’ Cloud Creeper is respected after out-staying his rivals last time out to score over C&D however he received a power-packed ride from Richard Johnson that day and a 5lb rise at the weights leaves him with plenty to do. Instead, a chance it taken on Ian Williams’ Sonofagun (3.50) and 5lb conditional jockey Rob McCarth. The selection chased home both Changing the Guard and Kings Grey in competitive handicap chases last term and can make his seasonal reappearance a winning one, continuing the stable’s excellent run in 2015.

There’s further NH action at Ayr with the feature two and a half miles handicap chase attracting a stellar field of eight runners. Grate Fella and Big Water arrive after winning similar handicaps earlier this term however And The Man (4.45) is fancied to continue the excellent form of the Nicky Richards stable. The 9-y-o has tumbled down the weights but showed glimpses of old when chasing home Malcolm Jefferson’s well-backed Oscar Rock last time out Newcastle. He has won four from eight starts at Ayr, with his record over course and distance reading 211, and is a confident selection under regular pilot Brian Harding.