Posted on October 15, 2020 by Andy Newton in Featured, From this month’s Racing Ahead magazine, News, Tips | 0 Comments 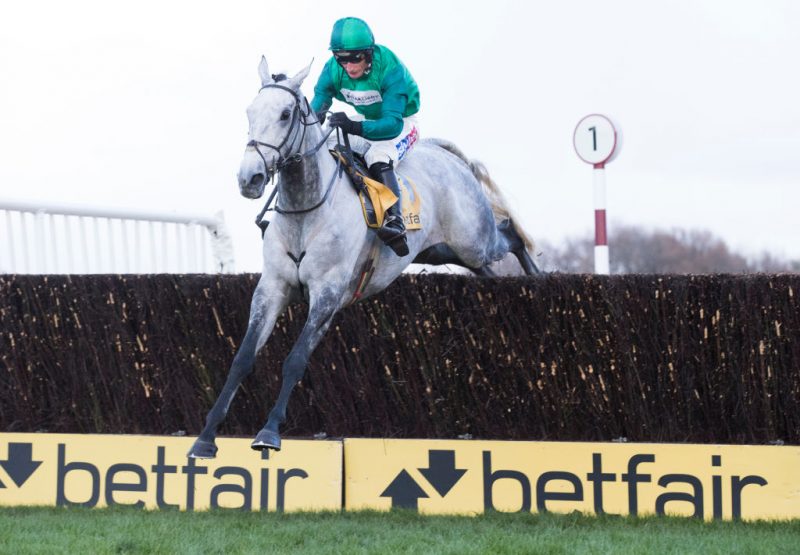 Staged at Haydock Park racecourse the Betfair Chase Registered as the Lancashire Chase) is a Grade One race and is run over a slightly longer trip (3m1f). The contest is a fairly new one, being first run in 2005 and takes place in November each season.

Trainer Paul Nicholls has made the race his own, winning the decent prize 6 times in the last 12 years, including four times with Kauto Star, while in 2017 and 2018 we saw the popular grey Bristol De Mai land the pot twice and giving his trainer – Nigel Twiston-Davies – his third success in the contest. 12 months ago the Colin Tizzard camp fired in their fourth Betfair Chase winner when Lostintranslation beat Bristol De Mai.

Here at RACING AHEAD we are on hand with all the key stats ahead of the 2020 renewal – this year run on Saturday November 21st 2020.

RACING AHEAD VERDICT: Just the five runners, but a stellar cast with last year’s winner Lostintranslation, the 2017 and 2018 hero, Bristol De Mai and the two-time King George winner – Clan Des Obeaux – in attendance – it will be a big shock if the winner isn’t coming from one of these three, with Keeper Hill and Bellshill, useful on their day, making up the five runners. For me, we all know Bristol De Mai loves it here at Haydock – he’s won here four times over fences! But it would be a worry that his last win was in this race in 2018 and that’s a while ago now, while he was well behind Lostintranslation in the Gold Cup last time out in March. I think that if this race was at Kempton then Clan Des Obeaux would certainly be getting my pick. Yes, he’s won here at Haydock, but he seems a much better horse at Kempton and this really should get him spot-on for a tilt at winning a third King George on Boxing Day. So that leaves me with LOSTINTRANSLATION. This Colin Tizzard runner is rated 171 (the same as Clan Des Obeaux) and relishes soft/heavy ground. The yard have won four of the last 7 runnings and the form of his close third in the Gold Cup last time is the best on offer. He beat Bristol De Mai by 1 ½ lengths last year but you feel it could have been more and always looked in control. The only niggle was that he’d had a run before winning this last season but his record fresh is a good one and with recent winners of this race having a good record of following up, then I’ll take him to continue that trend.