Posted on February 26, 2016 by Adam Ellis in Featured, From this month’s Racing Ahead magazine | 0 Comments

March: It’s upon us. Cheltenham Festival: the greatest four days of Jump racing anywhere in the world. This year the battle between Irish and British trainers will be more intense than ever.

In this month’s issue: Jonathan Powell talks to Willie Mullins, Paul Ferguson provides his expert view on the week’s prospects at Prestbury Park, and Naps king Paul Jacobs on the ones to follow at the Festival.

In the new edition – which has hit news-stands  around the country:

Racing Ahead is on-sale in most branches of WHSmith’s, Martin McColl’s and Eason’s and can now also be found in selective branches of TESCO and newsagents. To check for your local stockists, please visit our stockist link. 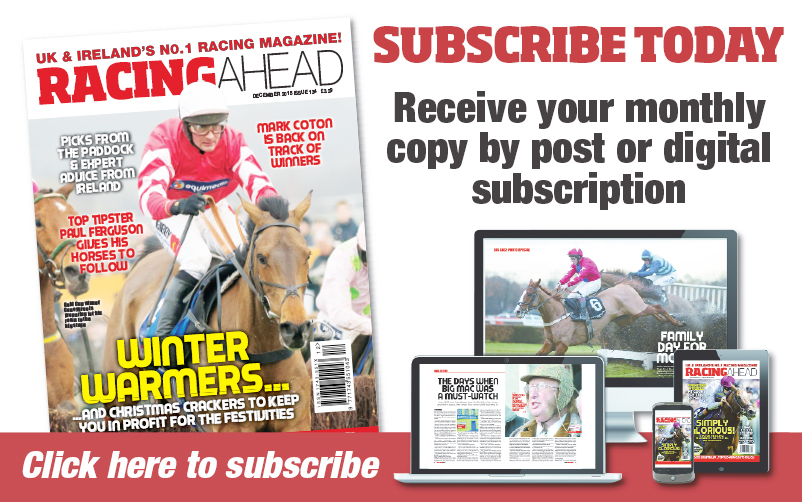