Posted on June 19, 2020 by Andy Newton in Featured, From this month’s Racing Ahead magazine, News, Tips | 0 Comments 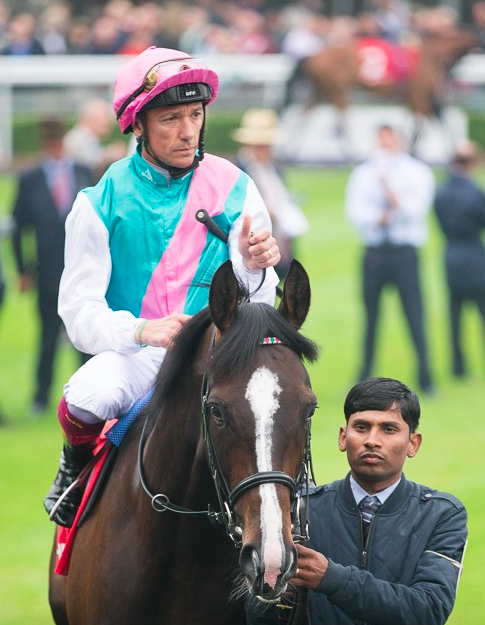 Staged at Ascot racecourse, the King George VI and Queen Elizabeth Stakes is run over a distance of 1m4f and is generally regarded as Britain’s most prestigious all-aged flat horse race.

With over £600,000 up for grabs for the winner the it goes without saying the race always attracts horses from the best yards around the country with Sir Michael Stoute and Saeed Bin Suroor, who have won the King George six and five times, are the trainers with the best recent record in the contest, while the powerful Aidan O’Brien yard have won the King George VI and Queen Elizabeth Stakes four times. Don’t forget the John Gosden yard either – they’ve won the race 3 times in the last 6 years.

12 months ago in 2019 we saw the popular mare – Enable – win the race for the second time after winning the race in 2017 too – she could be back for more in 2020 to defend her title as she looks to become the first ever horse to win the King George VI and Queen Elizabeth Stakes three times!

Here at RACING AHEAD we take a look back at the recent winners of the race and gives you the key trends to look out for ahead of the 20120 renewal – this year run on Saturday 25th July.

RACING AHEAD VERDICT: A poor turnout for the King George this year – with just 4 runners! Having said that, we’ve still got the two-time winner of the race – ENABLE – in attendance and really it would be a shock if this superstar mare can’t get back to winning ways. She’s the clear top-rated in the field (128) but also gets a handy 3lbs from the three other runners – which are ALL from the Aidan O’Brien camp. If she can win, then she’ll become the most successful horse in this races history with three wins – surpassing Dahlia and Swain. Yes, she was put in her place in the Eclipse last time out by Ghaiyyath but the step back up to 1m4f is a plus and she should also be a lot sharper for that first run after 273 days off. Of the O’Brien runners, Japan is the highest-rated on 122, with former Epsom Derby winner Anthony Van Dyck, just behind rated 121. Sovereign, who landed the Irish Derby 12 last season, is the other O’Brien runner to make up the four runners. Tactics will be interesting as the trio of Irish raiders are sure to try and gang up on Enable, but with plenty of space (only 4 runners), then Frankie and his star mare – ENABLE – should still have too much class. With Ryan Moore picking to ride Japan, then he should be following her home. William Buick rides Sovereign, while Oisin Murphy gets the leg-up on Anthony Van Dyck.