Posted on May 27, 2020 by Andy Newton in Featured, From this month’s Racing Ahead magazine, News, Site Exclusive, This Week's Racing Paper, Tips | 0 Comments 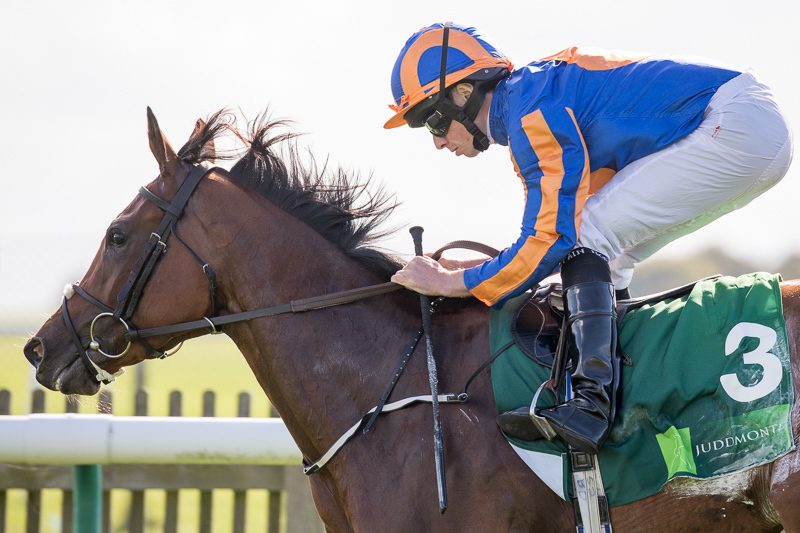 It’s the highlight race on the flat racing calendar as the best middle distance 3 year-olds of the season lock horns in the Epsom Derby. Steeped in history winners of the race will see their stud value rocket as soon as they cross the line.

Did you know that 16 of the last 18 Epsom Derby winners had raced no more than 5 times before?

Here at RACING AHEAD we take a look at recent winners and highlight the key trends ahead of the 2020 renewal – Normally run in June, but this year the race has been moved and is set to run later in the year on Saturday July 4th.

RACING AHEAD VERDICT: A lot of headlines have been written about English King, who has headed the betting for the Epsom Derby since landing the Lingfield Derby Trial last month – the same race the 2019 Derby winner – Anthony Van Dyck – took before going onto glory at Epsom. Frankie Dettori has also been booked to ride this Ed Walker runner as the pocket Italian looks to land his third Epsom Derby. The form of that Lingfield Trial win looks fair too with the runner-up – Berkshire Rocco – having since run second in the Queen’s Vase to the subsequent Irish Derby winner – Santiago. The horse had 2 ¾ lengths in-hand with Berkshire Rocco and also looked to have more in the locker. With only three career runs this well-bred Camelot colt should have more to come. With 7 Epsom Derby wins, trainer Aidan O’Brien needs just one more to become the all-time most successful handler in this race so anything he runs has to be respected. He’s landed 5 of the last 8 runnings too. Of his bunch Mogul can be expected to run better than last time at Royal Ascot, when flopping as an odds-on favourite in the King Edward VII Stakes, but after a 228-day break should be sharper for it. He could also have Vatican City in the race, but if running his RUSSIAN EMPEROR (e/w) looks the most interesting. This 3 year-old won the Hampton Court Stakes at Royal Ascot last time over 1m2f having needed every inch of that trip looks the sort to be crying out for further – which he’ll get here. The top-rated horse in the race is still the 2,000 Guineas winner – Kameko – and despite having a few questions to answer regarding the trip could have the class to get home. Oisin Murphy rides and will be looking for his first win in this race, but his breeding suggests this 1m4f trip might be a bridge too far and he was only really just doing enough to last home in the Guineas over 1m last time, so and extra four furlongs might be stretching his stamina – we’ll see! Of those at the bigger prices, the William Muir team have a live chance too with PYLEDRIVER (e/w). This 3 year-old stayed on really well to win the King Edward VII Stakes at Royal Ascot last month and with all due respect to the Muir yard, if he was trained by the likes of Stoute, Gosden or O’Brien would certainly be a single-figure price based on that 2 length win! With 6 runs he’s also one of the more experienced in the field and with that last run being his first try over this 1m4f trip then there could be more in the offering. Overall, I feel the favourite – English King – is solid but with Frankie riding might not be much value on the day. Kameko has stamina issues to answer, so I’d prefer to take a chance on the O’Brien runner Russian Emperor, who should improve for the longer trip, and also have Pyledriver onside based on his recent Ascot success – which he probably didn’t get the credit he deserved for.