Home / News / A full preview of Fridays racecard at Newbury

A full preview of Fridays racecard at Newbury 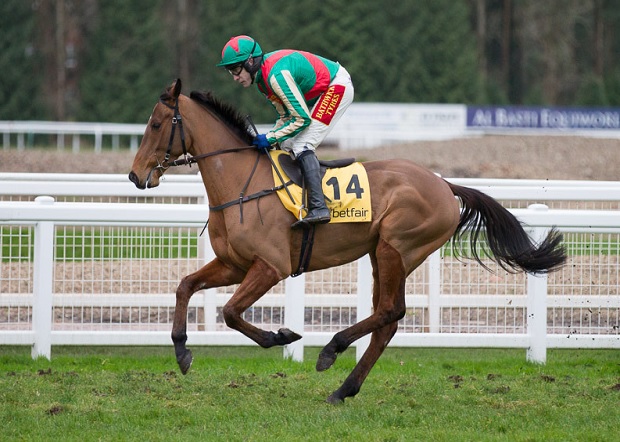 A highly-competitive card at Newbury this afternoon beginning with an excellent six-runner Novices’ Hurdle over the intermediate trip of 2m 5f. Nicky Henderson saddles Champagne West who ran out an impressive winner at Chepstow on his British debut last month and that form has been franked by the subsequent victories of the second and third. He looks sure to go close as will Philip Hobbs Rock The Kasbah who escapes a penalty for winning a conditional jockey’s event back in November; he will appreciate today’s better ground.

The selection, however, is Inner Drive (2.10) who looks sure to make up into a decent staying chaser next season but is taken to build on his fluent Huntingdon success when returning from a 12-month lay-off for Alan King earlier in the month.

The handicapper has given Shakalakaboomboom (2.40) a real chance in the Handicap Chase and the drying ground is a major plus for Nicky Henderson’s 11-year-old. The horse was taken wide throughout on ground softer than ideal off an 8lb higher mark at Cheltenham on New Year’s Day and today’s underfoot conditions look more suitable.

It is possible that the selection is just not the same horse he once was but this looks an ideal opportunity and I wouldn’t be surprised if there was a few quid knocking around for the horse who led over the second last in the 2012 National before his stamina gave way.

Bob Tucker, Noble Legend and especially Top Dancer are all potentially well treated and the latter is of particular interest despite returning from a 469 day absence; this is an excellent race and there will be plenty of winners come out of the contest this spring.

Nicky Henderson has saddled the winner of The Brown Chamberlin Trophy twice in the last four years but the grey has been raised 6lbs for winning a poor Beginners’ Chase at Fakenham last month and that looks harsh.

Paddy Brennan has ridden Wuff (3.45) on all career starts under rules but Denis O’Regan takes over this afternoon and the hope is the selection can improve for his belated seasonal reappearance when he finished third at Haydock last month. He is a big stamp of a horse and although he is unproven on good ground I’m not sure as a son on Beneficial he will be inconvenienced. Horatio Hornblower and Desert Joe are two more to consider in a competitive renewal of a race named in honour of Fred Winter’s brilliant 1983 Hennessy Gold Cup winner.

Minella Present (4.20) went off 9/2 for a Grade 2 Novice Hurdle on soft ground back in November. As a son of Presenting that type of ground was never going to suit and he should appreciate today’s underfoot conditions; the handicapper has certainly given him a chance.

The form of Lough Kent’s second to stablemate Theinval looks good when you consider the ease of the latter’s Kempton success last weekend. It will be interesting to see if there is any money for Henderson’s runner despite having finished last on his last couple of starts.

Twirling Magnet impressed at Ludlow last time but prolific winning point-to-pointer Harbour Court (4.55) should also get his ground and might represent the value against the likely favourite. It is almost two years since the selection won the John Corbett Cup at Stratford and he was not beaten far in last year’s Cheltenham Foxhunters’.  He was a late withdrawal from last week’s Festival which is a slight concern but he gets the vote in another competitive event.

For all your racing odds check out BetVictor.com