Posted on August 1, 2020 by Andy Newton in Featured, From this month’s Racing Ahead magazine, News, Tips | 0 Comments 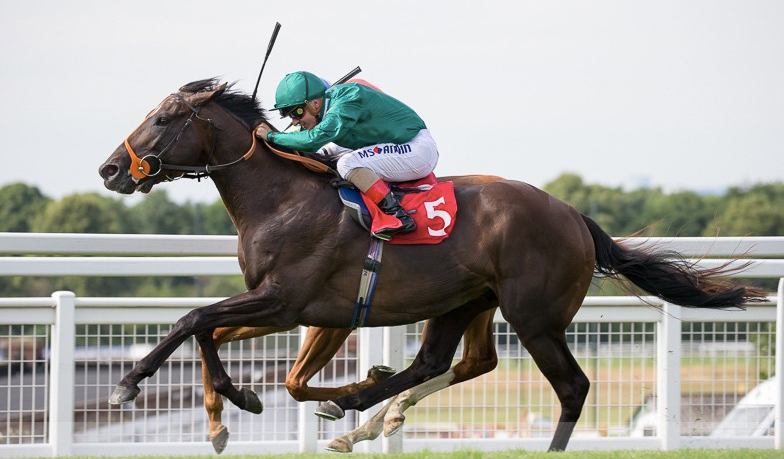 The ITV cameras head to Doncaster racecourse this week for the 4-day St Leger Meeting – they will be covering races on Thursday, Friday and Saturday – with races spread across both ITV and ITV4.

As always, here at RACING AHEAD we’ve got it all covered with all the TV race trends and stats – these should help narrow down the fields and also highlight the best profiles of horses that have done well in the races in the past.

RACING AHEAD VERDICT: It’s been a good race for 3 and 4 year-olds in recent years, so that’s a plus for ALFAATIK, CALCULATION and APPARATE, who are all aged 4. We’ve also got last year’s winning horse in the race – Sleeping Lion – who is rated only 3lbs higher than 12 months ago. It’s a race the James Fanshawe yard have won twice since 2011 too, so that’s another plus for Sleeping Lion. However, this 5 year-old hasn’t won since so I’d just be worried he’s in the handicapper’s grip at the moment. Top-weight Volcanic Sky has the form to go well but with 10-0 to carry that’s a lot of weight. The Mark Johnston yard are another that have a good record in the race and run Hochfeld, while the Queen’s Calculation is a proven CD winner and looks to be running into form so has to be considered. Apparate has a bit to prove over the trip, for me, after getting tired over it last time. So the call is ALFAATIK, who stayed on well over 1m4f last time to suggest a crack at this 1m6f trip is worth a go. The Gosden yard also won this race in 2013 and with that last win coming off a 455-day break there is every chance there is more to come.

RACING AHEAD VERDICT: We’ve not had a winner from stall 1 in the last 10 years, so that’s a negative for proven course winner Edgewood, who in his defence has won two of his last three – he might want it softer anyway. Shabaaby, who hails from last year’s winning yard (Owen Burrows), is another course winner in the field – recent runs give him a bit to prove but he’s dropped in grade here and the first-time blinkers are an interesting addition. Being that horse is also owned by Hamdan Al Maktoum, it could also be significant that their retained jockey – Jim Crowley – decides to ride their other horse – GHALYOON – in the race. This 5 year-old, who is drawn 6, ticks a lot of the main trends and returned last month with a cracking second here over 7f. The slight drop in trip will help as he took a bit of a hold that day, while that was also his first run for 399 days and also his first after a wind op to suggest here’s more improvement to come. With 8 of the last 10 winners carrying 8-13 or less, then the top four on the card – Shabaaby, Chiefofchiefs, Byline and Musicality have this trend to overcome. The consistent Danzan and Tranchee are others to note, while the Sir Mark Prescott runner SUNSET BREEZE (e/w) might also be worth a small interest with a low weight. He returned with a close second at Ascot last week and despite upped two grades here is running with 13lbs less on his back and that will be a big help.

RACING AHEAD VERDICT: Some promising youngsters on show here, but the ratings suggest the William Haggas runner – SACRED – is the one to beat. This 2 year-old filly was last seen running second in the G2 Lowther Stakes at York over 6f, but showed plenty of pace that day to suggest the drop back to 5f is a big plus. Prior to that she was a close second in the G2 Queen Mary Stakes at Royal Ascot and even though she’s the top-rated in the field, gets in here with a 3lbs fillies’ allowance too. Steel Bull should find the ease in grade and the drop back to 5f a plus after being highly-tried in the Phoenix Stakes last time out, while CD winner Ubettabelieveit is yet another that didn’t get home over 6f last time out and should be suited by the drop back to 5f. Frankie riding the Hannon-trained Mohawk King will attract interest too, plus the yard also have Ventura Tormenta in the race, who certainly has the form to go well after winning a G2 in France two runs ago – he’ll be staying on at the death but the drop back to 5f doesn’t look ideal to me. So, the main threat to the selection can come from the Michael Bell runner – The Lir Jet. This 2 year-old is already a G2 winner after winning the Norfolk Stakes at Royal Ascot and wasn’t disgraced when second in the G1 Phoenix Stakes last time out over 6f. He’s a big player, but I just wonder if he’s better over further now – we’ll see.

RACING AHEAD VERDICT: No Stradivarius this year so that gives the others all a chance! SPANISH MISSION was a good winner at Chester last time out in a Listed race – beating Selino by 3 lengths – and has also run respectable races over 2m this season. Any rain would help, but he’s certainly got the form to go well here. Course winners The Grand Visir and Red Verdon are others to make a case for, especially the latter with Frankie Dettori riding. This Ed Dunlop runner has run two solid races in France recently and will like the better ground. But he does have to give 3lbs away to most of the others and the jury is still out if he stays this sort of trip. Eagles By Day is the top-rated in the field, so has to go well too, but is another that does have a bit to answer surrounding the trip. The other one of interest though is the Sir Mark Prescott-trained REVOLVER. This 3 year-old has been a typical improver for the yard and now won it’s last 6 – albeit at much lower levels. He’s shot up the rankings as a result but at least we know he stays this trip after winning over 2m1f last time. He’s also a course winner and being a 3 year-old gets a handy weight allowance (12lbs) from the others and 15lbs from Red Verdon.

RACING AHEAD VERDICT: With ALL of the last 10 winners of this race drawn in stalls 5 or lower, then the ones to note are ONE RULER, ROUND SIX, NEW MANDATE, ROYAL SCIMITAR and APOLLO ONE. 8 of the last 10 also won last time out , so of those five only ONE RULER and NEW MANDATE fit the bill. The last-named was a good winner at Sandown in August and with the Ralph Beckett yard having a cracking 28% record with his 2 year-olds at the track, that’s another positive – as is Frankie Dettori being booked to ride. However, ONE RULER is just preferred. This Godolphin runner has only had two career runs and got off the mark last time with a nice win at Sandown over this trip and is clearly held in high-regard with some nice G2 entries on the horizon – he’d need to run well here to take those up, while the Appleby yard have a 23% record with their 2 year-olds here too. Laneqash is another that caught the eye on debut, when winning at Ascot last month, while with 6 of the last 10 winners coming from stalls 2 or 5, then Round Six (2) and Apollo One (5) can’t be ruled out based on this trend.