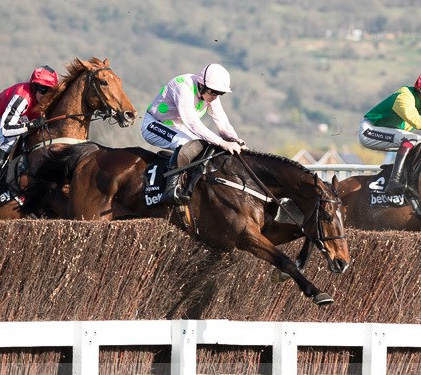 Plenty to look forward to this week as the tapes go up for the opening day of the 2019 Cheltenham December Meeting on Friday (14th December) with FOUR LIVE ITV races from Prestbury Park.

Four competitive races to look forward to, including the Glenfarclas Cross Country Chase – a race Irish trainer Enda Bolger has won a staggering 7 times in the last 15 years.

So, as always, we’ve got it all covered here on RACING AHEAD with all the key trends, plus our verdict, on each of the LIVE ITV races – we’re confident these trends will point you in the direction of a few winners, or at least help narrow down some of the field to highlight the horses that fit the best profile of past winners – So, let’s get going!

A tight opening ITV race, but the last three winners carrying 11-3 or more then it might be worth taking a chance on MOLLY CAREW, who has 11-8 to carry. This Neil Mulholland-trained 7 year-old was a solid fourth on her return at Kempton but will be much better for that and is 3lbs lower here too. Any rain would be a further plus. Of the rest, Chequered View, who was a nice winner at Fakenham last time, is another to note, but this will be harder, while Definitelyanoscar will be popular from the Harry Fry yard. Finally, with the Evan Williams yard winning this race in 2016 then a case can also be made for Skewiff based on that.

West Approach unseated early on when well-backed in the Ladbrokes Gold Trophy last time out so us is sure to be popular again – especially as his trainer Colin Tizzard – has won two of the last three renewals. Course winners, Rock The Kasbah and Singlefarmpayment are others to consider, while Onefortheroadtom and Dandy Dan look unexposed 6 year-olds that could easily improve to be better than handicappers. However, I’m sticking with last year’s winner – COGRY – here. He gets in here off the same mark (139) as last year and returned with a solid third here at Cheltenham back in October. He likes to get on with things from the front and any further rain won’t be an issue.

These Cross Country races are not everyone’s cup of tea, but they’ve become a firm fixture now at the main Cheltenham meetings each season. Trainer Enda Bolger has won 7 of the last 15 runnings so his Yanworth, Blue Templar and the 2015 winner of this race and third in 2018 – Josie’s Order – will be flying his flag again this year.  Of that bunch, Josie’s Orders is not getting any younger at 11 years-old and is overlooked. Yanworth was a good winner at Punchestown over their Cross Country course – Neverushacon was second that day. But with 14 of the last 15 winners of this race having run over these tricky fences here at Cheltenham then he’s got this as a negative. French raider, Easysland has experience in these sorts of races in France, but at just 5 years-old looks a big young for me. Any more rain would not be good for last year’s winner – Fact Of The Matter – so it might be worth taking a chance on CHIC NAME (e/w). This 7 year-old was a solid third in this race at their November meeting and gets in off a similar weight and the same rating. Softer ground is fine if the rain comes and was only 7 ¼ lengths off the winner that day – who is not in the race this time. Kingswell Theatre is the final one to note, being a past CD winner, but was fifth in the same race as Chic Name last time so needs to find a bit more.

With a 24% record riding over hurdles at the track, then jockey Nico de Boinville has to be respected – he rides the consistent Falco Blitz for boss Nicky Henderson. Former Festival winner – Kilbricken Storm is the only CD winner in the field so can’t be overlooked, but is on a bit of a recovery mission at the moment. Ask Ben, No Getaway, and the Richard Johnson-ridden Smackwater Jack, are others to note, but the resurgence of the David Pipe-trained CHAMPERS ON ICE has been good to see and I’ll take it to continue. He’s showed plenty of guts in winning his last two at Chepstow and Newbury, and is only 3lbs higher than last time out. The trip and ground are also fine and he’s a course winner at the track too. Off a mark of 140 he still looks fairly well treated and has not finished in the top three in 7 of his 11 starts over hurdles (4 wins).